A Modest Lunar Base

You are using an out of date browser. It may not display this or other websites correctly.
You should upgrade or use an alternative browser.
P

Nothing particularly special here. Just a few shots of our first Lunar Base, running Lapito's Galacticraft bundle from the Technic Launcher. I am mostly pleased with this bundle and hope to find or set up a server for it or a similar implementation of Galacticraft with Redpower2 at least.

Notes: We used only one of each oxygen tools, including the tank refilling compressor, with a large foliage compartment seated below. Initial readings were in the 70s, but we ended up pushing the air gatherer's output to above 120. It comfortably fills the entire room.

I was not expecting Lava to stay hot on the Moon, but it did, so I was able to set up an array of blutricity thermopiles, as well as some solar panels mounted on top of the base (not shown yet!). The battery bank on the back wall is overkill for a base of this size, but its nice to know we have the power if we need it. Blutricity wiring is situated throughout the walls so we can plug in devices whenever needed, such as a bluelectric motor seated under a metal folding machine (not shown yet!). 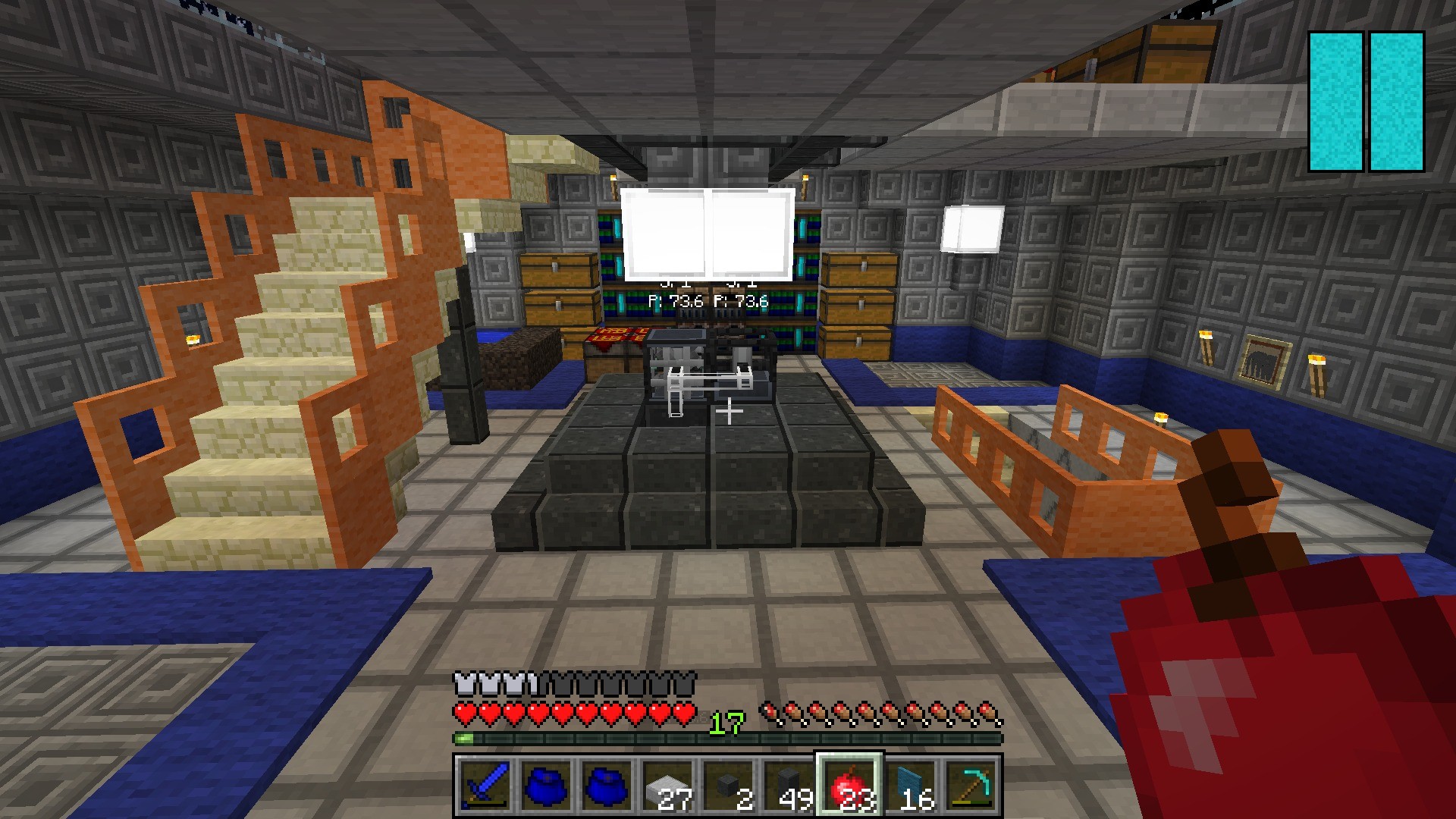 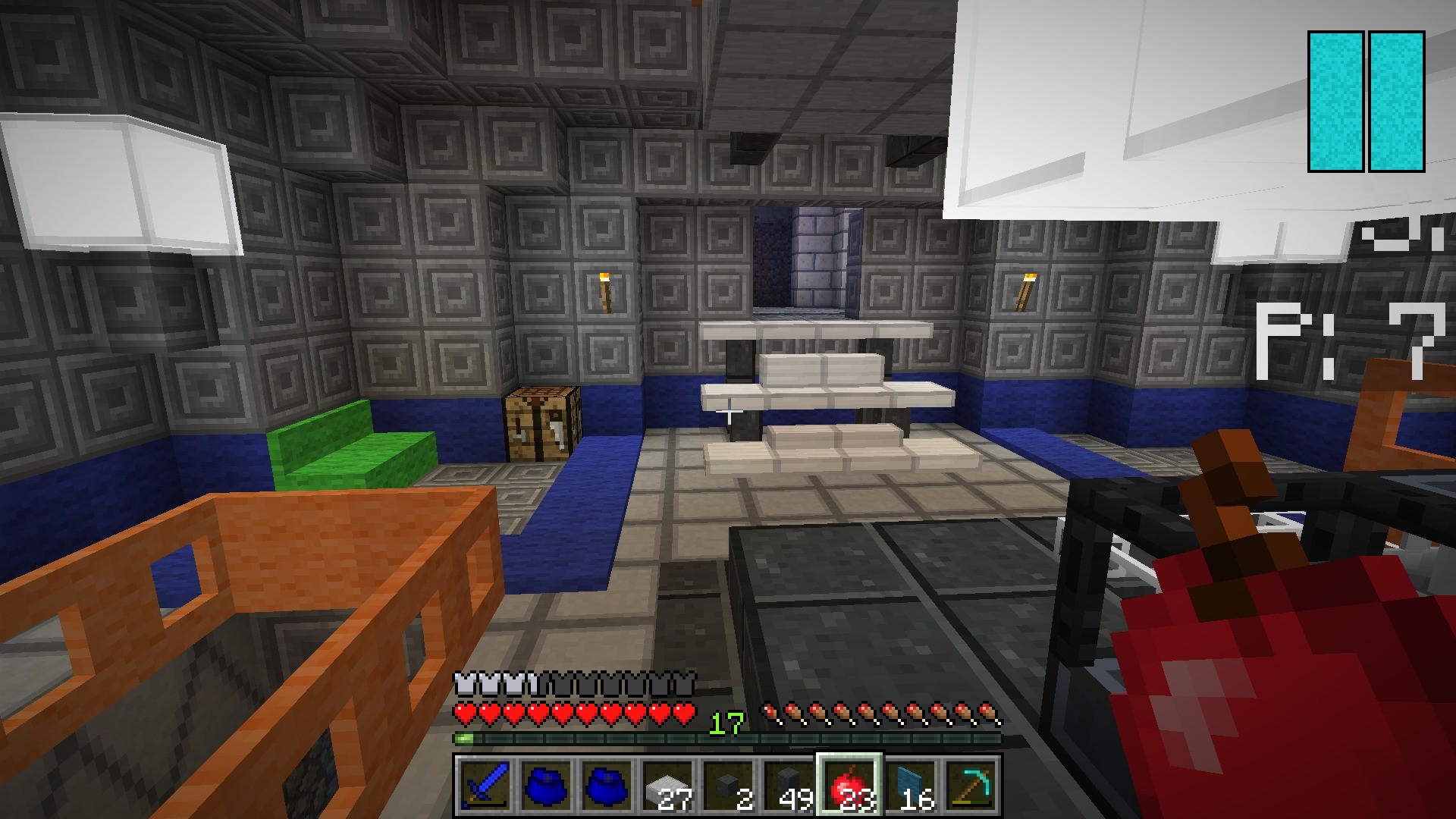 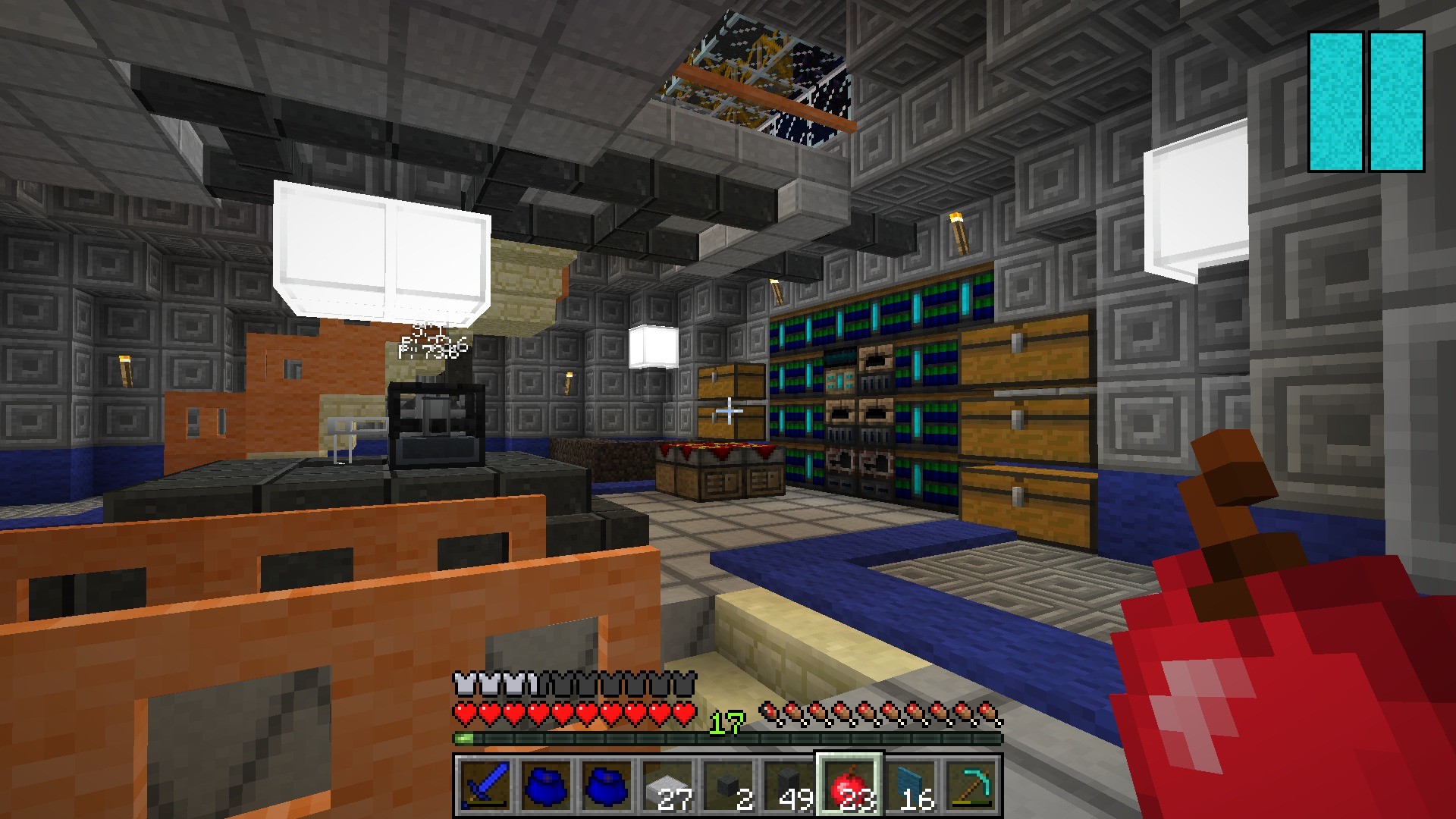