Bumpity bump bump!
Life is for the BUMP!

Don't bump your own threads, mate.
Let me do it for you
Bump

Shall i just do all the bumps or is this a bump again?

I have no idea lets just randomly bumb dead topics...XP

Okay, but since this is still active... i'm going to bump it soon.


So many lawls! Your signature gifs have been making me chuckle much!

SpaceUnicorn said:
So many lawls! Your signature gifs have been making me chuckle much!
Click to expand...

Nic cage is a great guy
Reactions: IsoMS and Douglas_Fresh

No really, let me insist on the bump.
This thread is derailing... 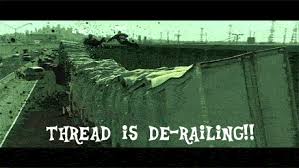 You could use something easier.... pick wait i forgot LOL but you dont need this old shitzu

The text you see is made of anti-energy in the form of light photons.
K

Well I was hoping to find a tutorial that had it so when you had a computer or monitor near the airlock, the screen would say "Airlock" "Open"
and when you hit it, it would open idk how to do it but I really want to do that to make it more realistic. Go to youtube and search up Galacticraft starbase. Youtuber is Gustavo somethin and at the first couple of minutes, when he's about to enter his base there's a screen that says in red "Open" and it would open I really would want to do that ;(
You must log in or register to reply here.
Share:
Facebook Twitter Reddit Pinterest Tumblr WhatsApp Email Share Link
Top Bottom